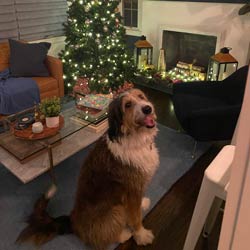 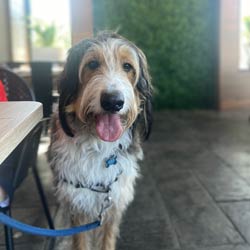 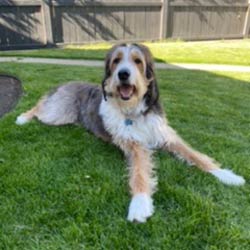 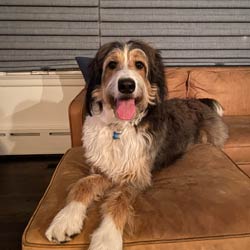 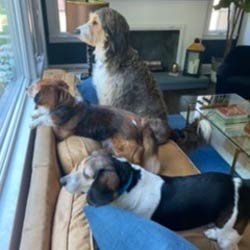 "We wanted to reach out and give you an update on Benjamin Franklin (formerly Mitchell). He's now 3 1/2 years old (!) and has matured into quite the handsome gentleman. Since moving to Minneapolis for work in summer 2020 we've been told that 'we should put that dog in the movies,' and that he 'looks like a Disney prince.' But even more importantly he has the best temperament and the biggest heart. He loves all people and animals, has the patience of a saint, and brings joy and happiness to everyday. We couldn't have asked for a better pup!"
- Jessica, Harrison, Benjamin Franklin, Berkeley & Bernie | December 2021 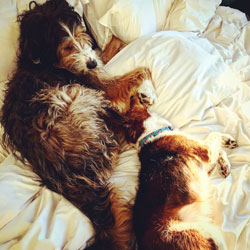 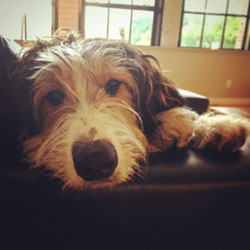 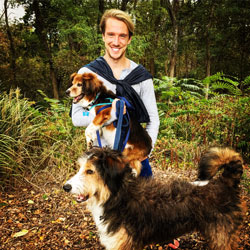 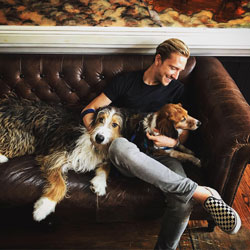 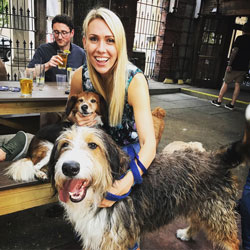 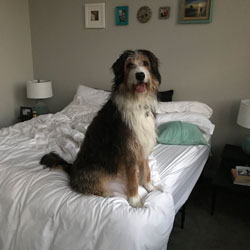 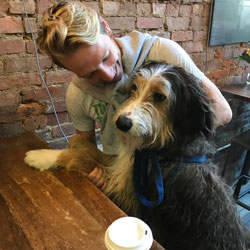 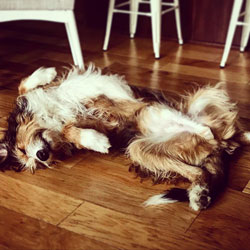 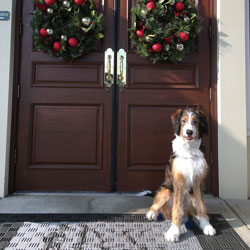 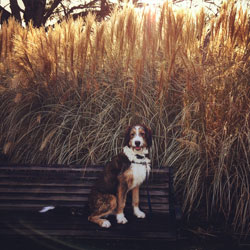 "Happy Holidays! Harrison and I wanted to reach out and share a couple of Benjamin Franklin (formally Mitchell) updates. He is just over 8 months old, 65 pounds and doing great! We try and take him everywhere and he constantly gets approached - people absolutely love him. He's also become a resident favorite in our apartment building because of his friendly demeanor. He is always smiling and waving his giant tail! Thankfully he's a ham and soaks up all the attention :) He does not shed, which is great! Just the occasional random hair, but nothing large or consistent. We couldn't be happier having him as a part of the family! We also recently got Benjamin Franklin neutered; we'll forward the paperwork over for your records. I've also attached some of our favorite new photos. Hope all is well!"
- Jessica, Harrison & Benjamin Franklin | December 2018 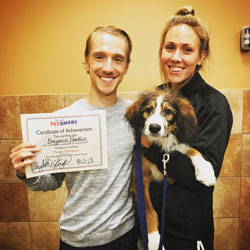 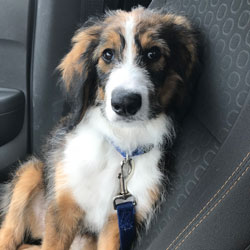 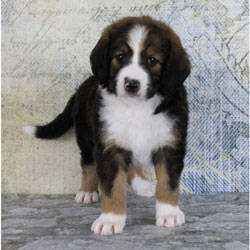 "Hi! I hope you're enjoying your summer! Harrison and I wanted to send you a quick update on Benjamin Franklin (formerly Mitchell). He is truly wonderful and has been a great addition to our home! He's an absolute sweetheart and loves people, other dogs and exploring Cincinnati with us. He's super curious and is learning fast - but is definitely still a puppy and keeps us on our toes! The three of us couldn't be happier! Thanks again for everything!"
- Jessica, Harrison & Benjamin Franklin | August 2018