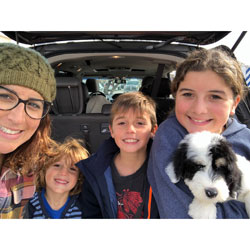 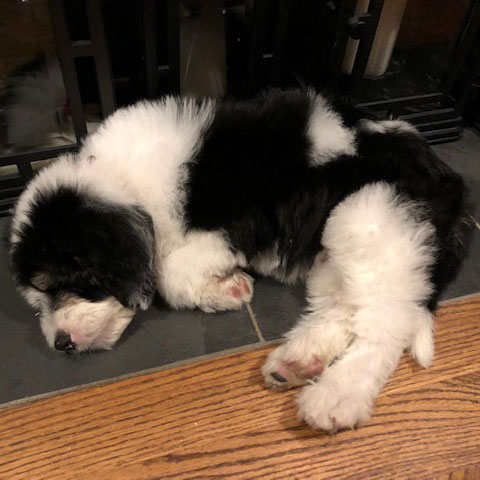 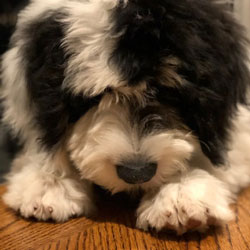 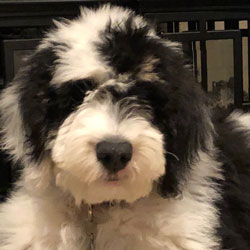 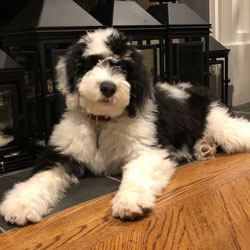 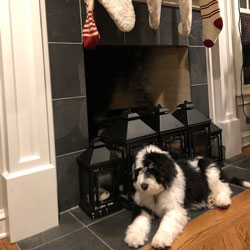 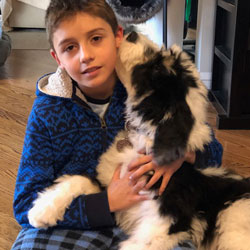 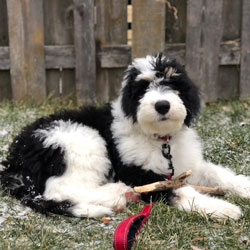 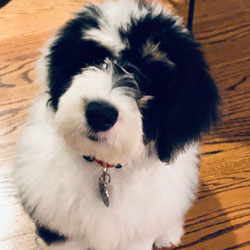 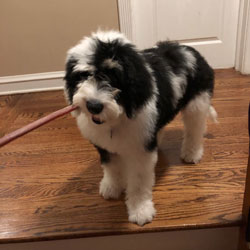 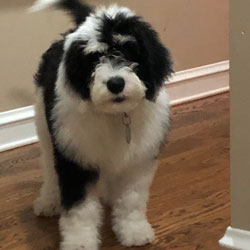 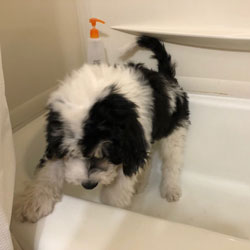 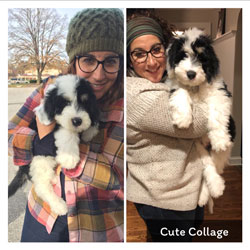 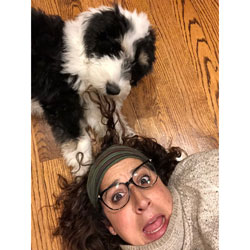 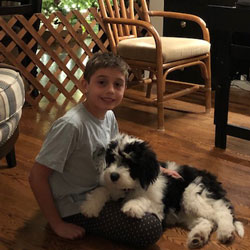 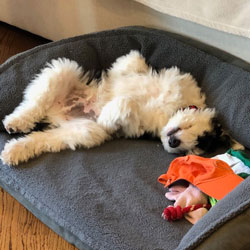 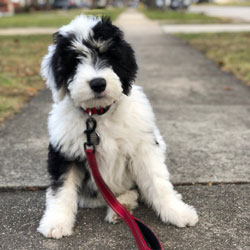 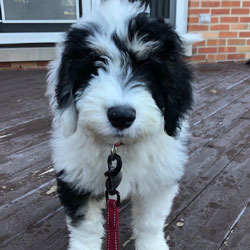 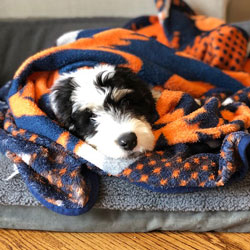 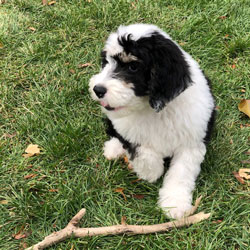 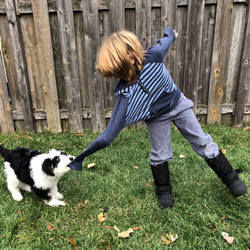 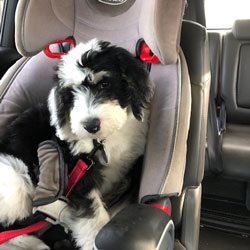 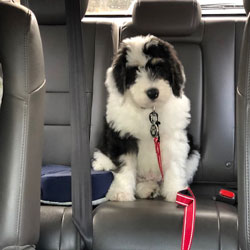 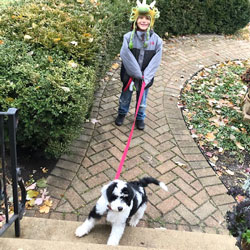 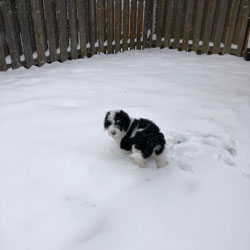 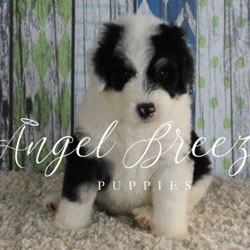 "Hi, Apologies for taking so long to give an update, but Leone (aka Holden) has literally turned our house upside down and stolen our hearts (and sleep) the last 6 weeks. Within the first week he was ringing the bell to go potty and by Week 4, he was a bell ringing pro and we are seldom having accidents if any in the house. If so, it's usually owner error, like not getting up fast enough. He does really well in his crate although it takes some treats and coaxing but doesn't mind it once he's there. The only problem that we've had is his nipping and biting. Understanding that's part of puppy life but it does seem to be a bit excessive and hard. We are redirecting with toys and such and sometimes it works, but hoping once some of those shark puppy teeth are gone it will calm down. His 8 pm "zoomies" where he zips around the house are hilarious. We met your driver in Indianapolis at the halfway point and Leone was in perfect condition and we were very pleased with the driver and his care and demeanor, and he also spoke highly of your puppies. He has gotten a clean bill of health at each vet check up and now weighs 31 lbs as of his 14 week check up. The vet practice is convinced he's gonna be a big'um. He loves people, has a wonderful demeanor and is a joy. He even will sit when he sees other dogs at first to assess the situation. He plays like a champ at the tennis courts across the street with the other dogs and has already doubled in size in comparison to his friends, which is quite funny since he seems to be confused with why he's so much bigger now. When people see him, they literally just rave about his cuteness and how beautiful he is. We've even had people stop us and say they heard about the new cute dog in the neighborhood. I've had two grown men actually say, that he might be the cutest dog they've ever see in their lives 😊. Lastly and most importantly, Leone has put a smile on everyone's face in our family, and there is nothing like seeing him literally hop up and down on all fours and wag that tail like crazy when we walk into the room. When Leone is calm, watching the kids just lay down with him warms my heart. Thanks so much for helping us bring this special guy into our lives. Have a wonderful holiday season."
- Andrea | December 2019