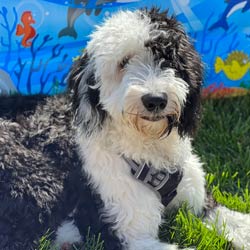 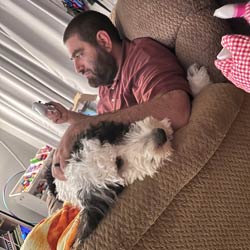 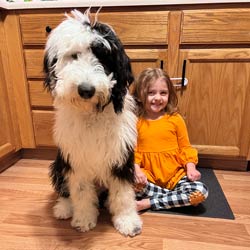 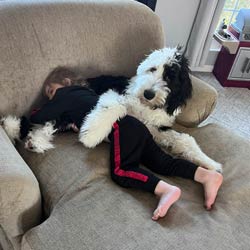 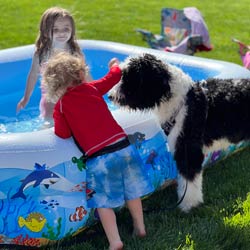 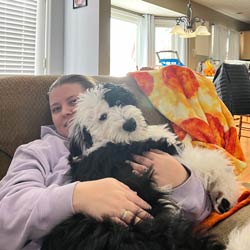 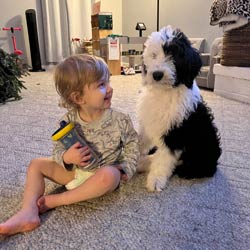 "Hello, I am writing you with an update on Bandit AKA Memphis. At almost 7 months old, he is such a playful, loving and outgoing pup. Bandit plays with his two human siblings everyday and has gotten so used to being gentler with them. He knows the commands of sit, stay, lay down, shake, drop it and back.

We are switching up his food brand finally and he has done well with the slow transition and still receives his Nuvet vitamins daily. Bandit does well with grooming/bathing but wants to eat the dryer anytime it's near him. Lol.

We absolutely love and adore him and have been so happy with having him as apart of the family and I'd like to think, he feels the same way. Bandit also likes to think he is small enough to continue being a lapdog, and we don't mind it.

He was last weighed a few weeks ago and was about 56 pounds. We are in touch with some of his siblings and it is so nice to see the differences each and everyone of them have but also how they are so much alike.

His neuter is scheduled for August 18th, where he'll also receive his gastropexy. I will send an update and proof of the neuter once it's done. I am attaching a few photos of Bandit from January until now."
- The Byrds | April 2022